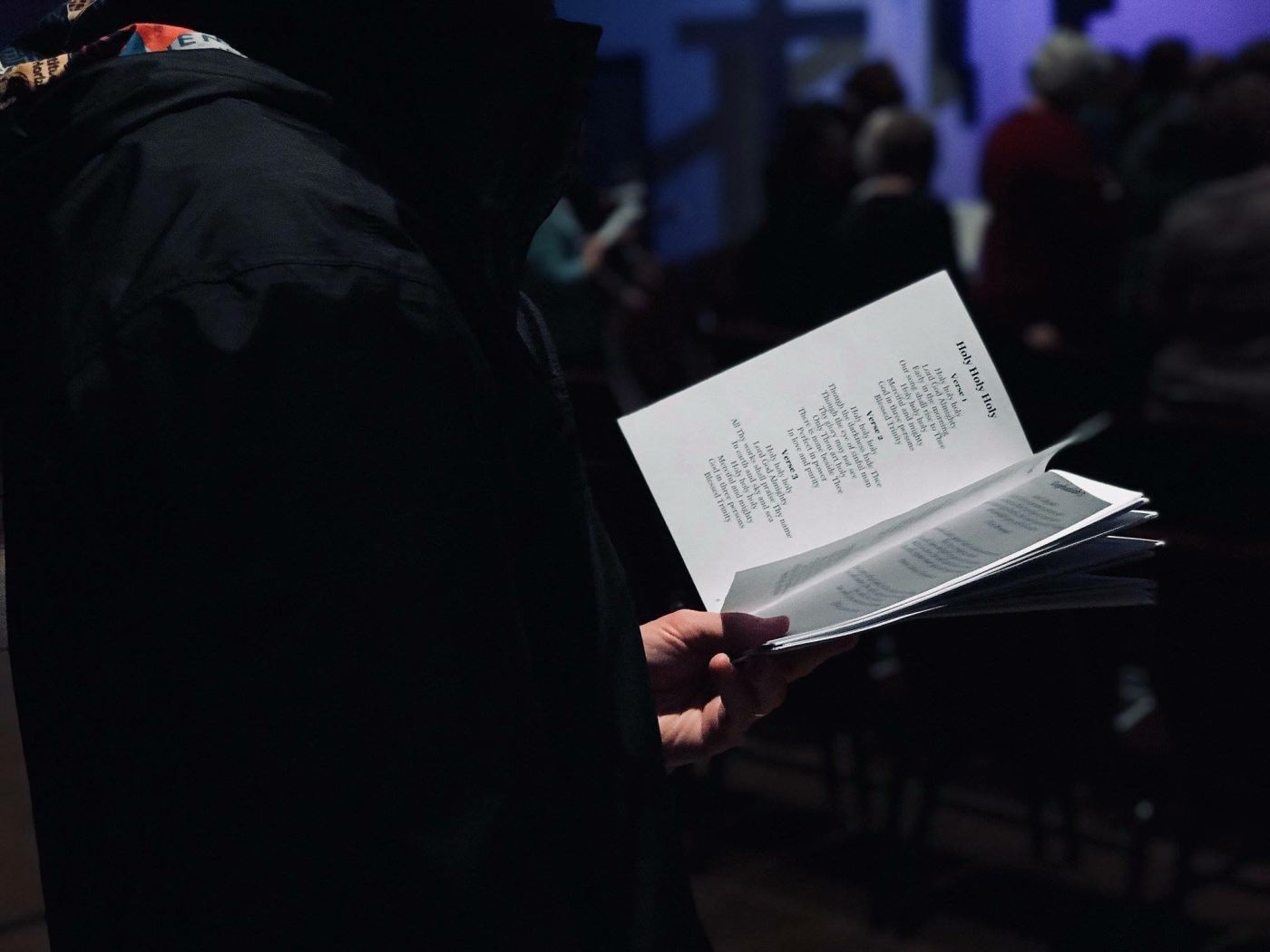 You’re standing to sing in a new church. The worship leader gets up to lead the first song, with the words on the screen behind him. Then you realize you can’t sing the song because you’ve never heard it. Did the worship leader write it? Who knows. But you’re left standing there, with about a third of the rest of the people. Perhaps you haven’t been in that situation before, but I have. Many times. What’s the problem with singing in our churches? Is it a new problem? Can we fix it? If we dig a little bit into the past, we may find some answers that help us, even today.

Early in American church history, just after the turn of the 18th century, certain graduates of Harvard grew dissatisfied with a problem they saw in their churches. Most Puritan congregations sang “by rote,” meaning they could not read music. According to various accounts from dairies, the quality of congregational singing was poor at best and sometimes even disastrous. Many churches were “lining out” their music, meaning a deacon or some appointed individual would sing a phrase of a psalm, then the congregation would repeat the phrase “by rote.” This was considered the “Common Way” of singing in New England. These Harvard Reformers were convinced that the poor congregational singing signaled a serious spiritual problem, so they published several works that encouraged the practice of reading music, or what they called Regular Singing.

In 1720 a man named Thomas Symmes published The Reasonableness of Regular Singing, or Singing by Note. He “claimed that the ‘new way’ of singing by note was actually not new at all, but was the oldest form of psalm singing and needed to be revived” (Music & Price, 126).  Symmes promoted the creation of formal singing schools where students could meet two or three evenings out of the week and learn how to read music. In 1723, Symmes also published a pamphlet entitled Utili Dulci, humorously written in a condescending tone, to refute common arguments against Regular Singing.

Symmes had a hard row to hoe, for many people were comfortable with their bad singing, and reading music smacked too much of “Romish” church choirs which would end in “popery.” Most of the vehement objections came from older members of rural churches. But, in spite of conflict, the singing schools were largely a success, with many churches even voting to end their practice of “lining out.”

Soon after Symmes published his first book, John Tufts published An Introduction to the Singing of Psalms-Tunes, In a Plain & Easy Method (1721). In it he included one new tune along with older English tunes. He gave “Directions For Singing The Tunes which follow,” teaching people how to sing the psalm tunes with a system much like the popular “Do-Re-Mi” song from The Sound of Music by Rodgers and Hammerstein. Tufts’ book met a definite need; it went through 11 editions and was often bound as a supplement to the Bay Psalm Book, the primary psalter of choice for New England Puritans.

“The Skill of Regular Singing is among the Gifts of GOD unto the Children of Men.”

Another Harvard graduate named Thomas Walter soon published his book, The Grounds and Rules of Musick Explained: Or An Introduction to the Art of Singing. This singing book included 24 tunes written in parts for three voices, including one original tune. Walter was the nephew of the prominent and powerful Boston minister Cotton Mather. Mather, along with 12 other well-known Boston ministers, endorsed Walter’s book. Mather used his sizable influence to help all the Harvard Reformers (John Tufts was also Mather’s first cousin). As a result, the manuals by Tufts and Walter dominated the singing school landscape for the next fifty years.

In 1722, with the encouragement of ministers like Mather, the Society for Promoting Regular Singing was established in Boston. Mather himself wrote, “The Skill of Regular Singing is among the Gifts of GOD unto the Children of Men, and by no means unthankfully to be Neglected or Despised. For the Congregations, wherein ’tis wanting, to recover a Regular Singing, would be really a Reformation and a Recovery out of an Apostacy, and what we may judge that Heaven would be pleased withal. We ought certainly to Serve our GOD with our Best, and Regular Singing must needs be better than the confused Noise of a Wilderness” (quoted in Ogasapian, 18).

We can glean three simple takeaways from the history surrounding the Harvard Reformers. First, we need clarity and order in our worship, and being able to sight-read music is a tool we can use to that end. Paul even uses a musical metaphor to remind the church that when people witness our worship, it should be both intelligible and orderly (1 Cor. 14:6-21). Truth clearly communicated will edify the hearers.

Second, we need to give God our best out of a grace-infused theology. Grace teaches us that even our righteousness is as filthy rags before God (Is. 64:6). But when we serve God by faith, striving to love him with all our heart, soul, mind and strength, God sees us wrapped in the robes of Jesus’ righteousness and accepts our worship (Rev. 7:13-17). If we love God, we will not want to offer God poor worship, but our best by faith in Jesus.

Third, every Christian should be aware of their own congregation’s cultural context. Some church music historians look positively on the individual ornamentation and rustic practice of “lining out” in the New England churches. Are they nostalgically viewing the past through rose-colored glasses? Not necessarily. We need to recognize the cultural nature of what was happening, especially in the rural churches. Some of the Harvard Reformers could be rather elitist and condescending, even though they pursued a worthy goal. We ought not give ourselves that kind of poor excuse for walking in the flesh.

Pastoral wisdom demands that leaders, depending on a church’s history and culture, discern what is best for their particular church. A rural country church may not ever have a choir and may only sing the melody. An educated, big-city church may use elaborate music in their worship services. Both settings are acceptable to God because both are biblical; what truly matters is that we give God the best that we have.

The Diary of Samuel Sewall and Congregational Singing in Early New England by David. W. Music, The Hymn 41:1 (October 1990).